The sign instructed me to move counterclockwise around the track on odd days.

“What if all of my days are a bit odd?” I thought to myself. But after seeing the direction the other recreation center patrons went with, I simply fell in and followed suit.

I walked the track for the first five minutes for a warm-up. Even though I was pumped with adrenaline and ready to bolt ahead in a full sprint, the program I’m starting strongly advised that I limber up first. I must have looked a bit embarrassed when I got lapped by a senior lady because she took time to reassure me that I would probably be passing her once I got warmed up.

Eventually I did warm up and fell into a light, easy jog as I circled around the track. I had feared that I wouldn’t make it 10 feet before tuckering out, but amazingly I found my legs fairly quickly. Although it had probably been since college since I ran distances with any regularity, my body responded well and that gave me a great confidence boost to keep going.

I continued around the track, running three laps then walking two, for about 40 minutes total. It was a far cry from when my old dorm roommate and I would run two miles in 12 minutes, but pretty respectable since almost 20 years have passed since that time. And despite all of my worries about failing miserably nothing of the sort happened. In fact, I felt pretty great afterwards.

I share this story with you because it relates well to a lot of aspects of my life – and maybe yours, too.

Often, despite my deepest desires to move forward or try something new, my brain will scream in every direction reasons why I shouldn’t do it. Or my head fills with thoughts of how badly I will fail and embarrass myself. This type of self-doubt can be annoying in the best of times, and darn-near crippling in the worst of times. I get stuck in a sort of paralysis between action and reaction, ultimately resulting in inaction.

But if I set a goal for myself, visualize it, and truly want it then I push myself through that self-doubt by moving forward anyway. I still have the fear, but my desire is greater. I accept that things will be awkward at first and that I will have a lot of learning to do. I can’t just take off in a full sprint and burn myself out. I have to take the time to do it right, master the basics, and trust that success will come.

I worry less about what I can’t do and focus instead on the things I now can, regardless of the speed of my progression. I push other perceptions and opinions aside and free myself from caring about what other people will think. I measure my success against my own goals, not against the achievements of someone else.

I encourage you this week to do something similar. Get back into that old hobby or start something new.

No, you are not too old and, no, it’s not too late. I may not ever end up completing a marathon, but I now have experiences from which to build. What new experiences can you build in your life as well? 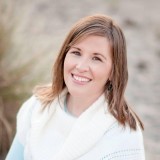 As an entrepreneur, Tara craves the natural energetic high that comes when you reach a goal or have a meaningful conversation that blows your thinking wide open. She knew she wasn’t alone in this and set out to teach other entrepreneurs to live unbound.